With the wee Wifey feeling a little under the weather today I headed out by myself to go meet up with Mel. I have found that I am a lot less forgiving when I am by myself, making comments to ignorant skiers on rental skis chipping away at my edges. When I am with someone else it doesn’t seem to bother me as much…who knows…anyway, met up with Mel who was riding with the MoreMountain staff (Dan, Ruth, Andy, Sarah, Helen, Rick) and Stu. 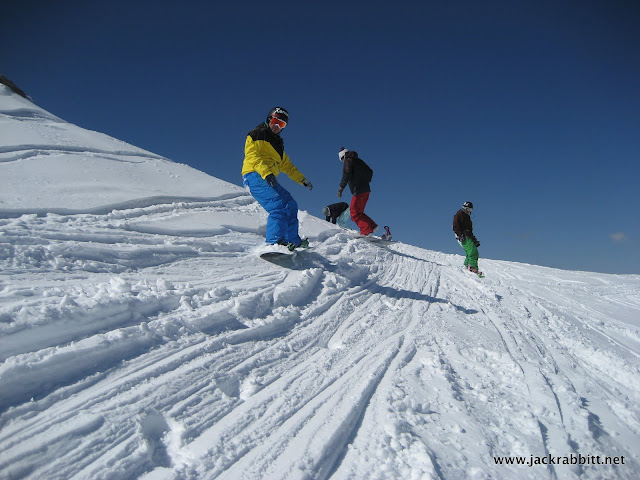 We headed up Arrare side and had a little adventure off piste, some quite nice snow up there, to the point where I have almost forgotten how to ride it! Then headed over to Fornet, where we were just playing on and off the side of the piste, try spins and grabs and just generally pushing each other to get it right. A really good vibe through the whole crew in that you would get a “woop woop” if you got it right, which makes a massive difference with your progression. Andy, Dan and Stu were pulling off some lovely 360 spins, which made me realise it is time to start pushing myself to try and get it right…eventually I did (frontside – anticlockwise), which felt amazing, and then I repeated it again to make sure it wasn’t a fluke! WINNER! 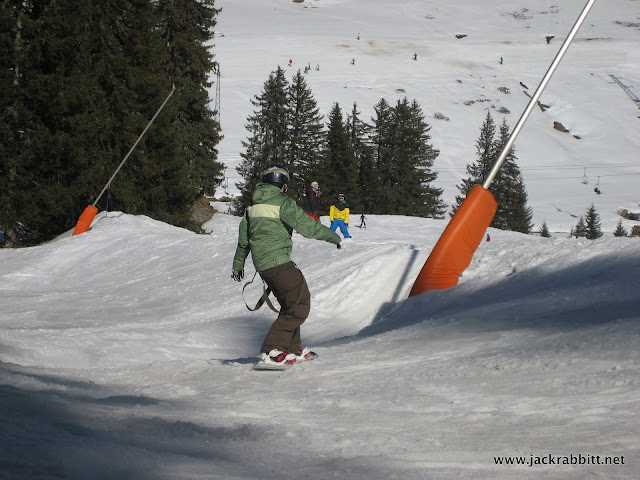 After that I managed to persuade Andy and Stu to do a run through the stash with me, hitting a few of the features like the tree gap, picnic table, and a few of the boxes. That was the end of the day, and on the way home I managed to land a backside 360 at the side of the piste and it felt amazing! All in all, an awesome day with some new people which is always good! However it was Paul’s last day, so we say farewell to him (even though I didn’t get to say bye, sorry Paul!) it has been a pleasure riding with you the last 2 months! 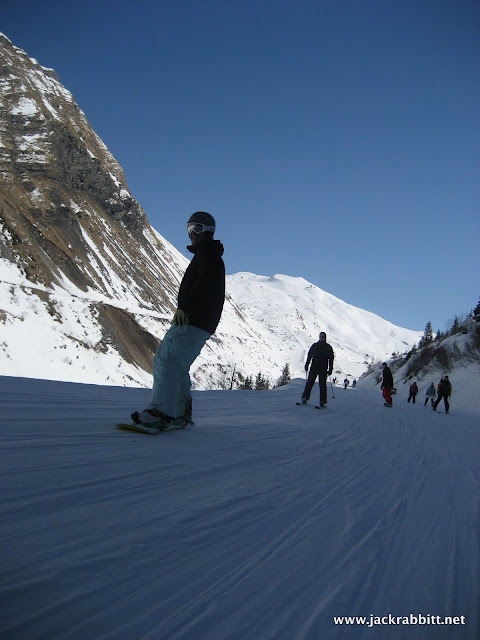