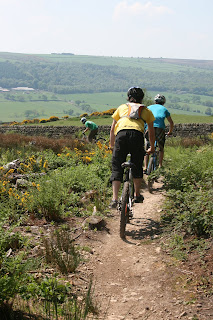 After a night at the wakeboarding campsite, we put Ricks bike together and headed up to Stainburn. A mountain bike trail found near Harrogate with a red and a black loop. The only issue I have with Stainburn is that the loops are very short in comparrison to a lot of trail, but they are really nice none the less.

We started out by doing the red route, with some nice little rock gardens , and technical climbs descents, not too technical but still enough to make you think. When we got to the bottom, we saw that 3 other lads had headed down even further, so we followed, then ended up walking up the black downhill after the northshore.
I had heard about this northshore from some friends so fancied giving it a go. It is really well built and all very achievable with a bit of precision. This was my first time on the seesaw feature, and I must say, I quite enjoyed it even though I was filling my pants while waiting for it to tip over! 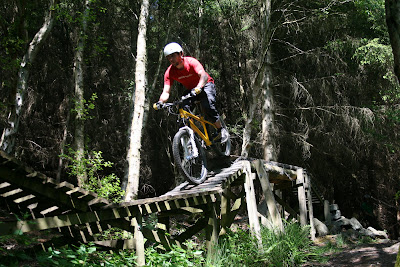 Then Herring followed, successfully but I must say I was a little nervous as he ain’t been on a bike for a few years! All ok though, and then Rick decided try it, even though he openly admitted that he wasn’t very good at northshore…

Well he tried the skinny before hand and it went well, so he went for it, and then got to the tipping point, only for it to put him off balance, fortunatly a near by tree caught him…no injuries.

Back up for a second attempt, (by the way I had tried to stop him) which was good to see, determination helps you progress to the next level and as us Jackrabbitt people say, Passion Beyond Reason! Anyway, same thing again but on the otherside where there is no tree, only to watch Rick go over the bars so much so that he landed square on his head and coming down with a thud on his arm. 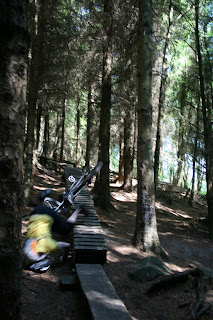 It looked painful but we are certainly glad he was wearing a lid, otherwise we would have been going to hospital. A few scrapes on his arm, a bit of screaming and a quick check of the helmet (which has a crack all the way down the centre from the rock it perfectly lined up with) and we were off again, back to the car where it was a little bit safer!

Our muscles hurt and our sunburn stung, so we were happy to call it a day with one lap, a bit of northshore and a play on the lovely little pump track, which I sucked at! If Stainburn had a longer red it would be far more popular I think. 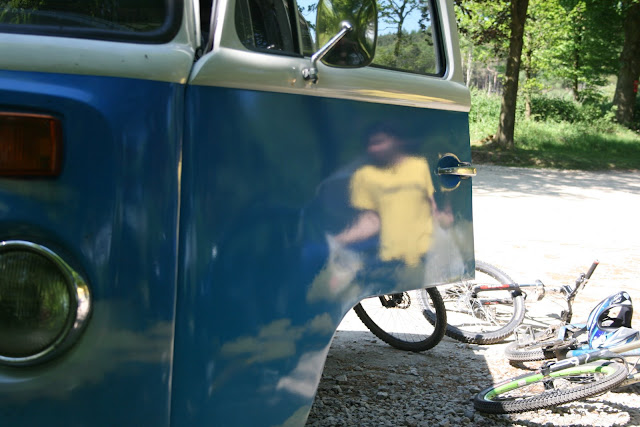